Urban wineries are a growing trend. The earliest were started up in the United States, particularly in California, about 20 years ago, but are now to be found all over the country, and the concept has spread, to Europe, Hong Kong and Australia. London now has four wineries, as well as a vineyard within the city limits, at Forty Hall in Enfield. There is also the annual production of Château Tooting, made by Halfpenny Green winery in the Midlands, from grapes harvested from numerous back gardens in the capital.

London Cru, owned by the wine merchants, Roberson’s was the first London winery, set up in 2013. Initially, it imported grapes from Europe, but these days the grape source is firmly English, mainly from West Sussex and Kent. As the talented Australian winemaker Alex Furley explains, with the enormous growth in English vineyards, there is no shortage of grapes.

Bacchus, a grape variety that was developed in Germany to cope with cooler ripening conditions, is setting itself up to be England’s very own grape. For me, the best description of its flavour would be English hedgerows, with notes of elderflower, hawthorn and a light bitterness on the finish. Alex gives his Bacchus some skin contact to add texture and then puts it into an old barrel with the lees to soften its acidity. He also has a successful red, ‘Pinot Noir Précoce’, from a small vineyard in West Sussex; this is the mutation of Pinot the Germans call Frühburgunder (‘early ripening’) as opposed to Spätburgunder (‘spät’ = late).  It is fresh and fragrant. Alex delights in experimenting, aiming as he put it, to make a fun wine each year.

I tracked down Sergio Verrillo of Blackbook Winery under the arches in Battersea. The Victorian clay bricks of the railway arches provide perfect insulation for a wine cellar. Sergio’s father is Italian, his mother Hungarian and he was brought up in Connecticut, with farming in his genes. He studied at Plumpton College and has worked harvests all over the world, but really wanted to make his own wine. Buying grapes every year is a much less risky proposition than planting a vineyard. He concentrates on Pinot Noir and Chardonnay from vineyards no further than a couple of hours’ drive away, wanting particularly to champion the growers of single vineyards, with their name of the label. He looks carefully at the weather data before making his buying decisions and now makes a range of characterful wines. There is a sparkling Seyval Blanc – another very English variety – and a blend of Chardonnay and Pinot Gris, as well as an orange wine which has 30 days on its skins – it’s a blend of Bacchus and Ortega, with a pithy note. Sergio hates Bacchus, but loves Ortega and they work well together. Sergio’s Pinot Noir is light and savoury.

Rosemary George was one of the first women to become a Master of Wine, back in 1979. She is the author of 13 books, including The Wines of the Languedoc and Wines of Chablis and the Grand Auxerrois. Her other specialist wine regions are Tuscany and New Zealand. 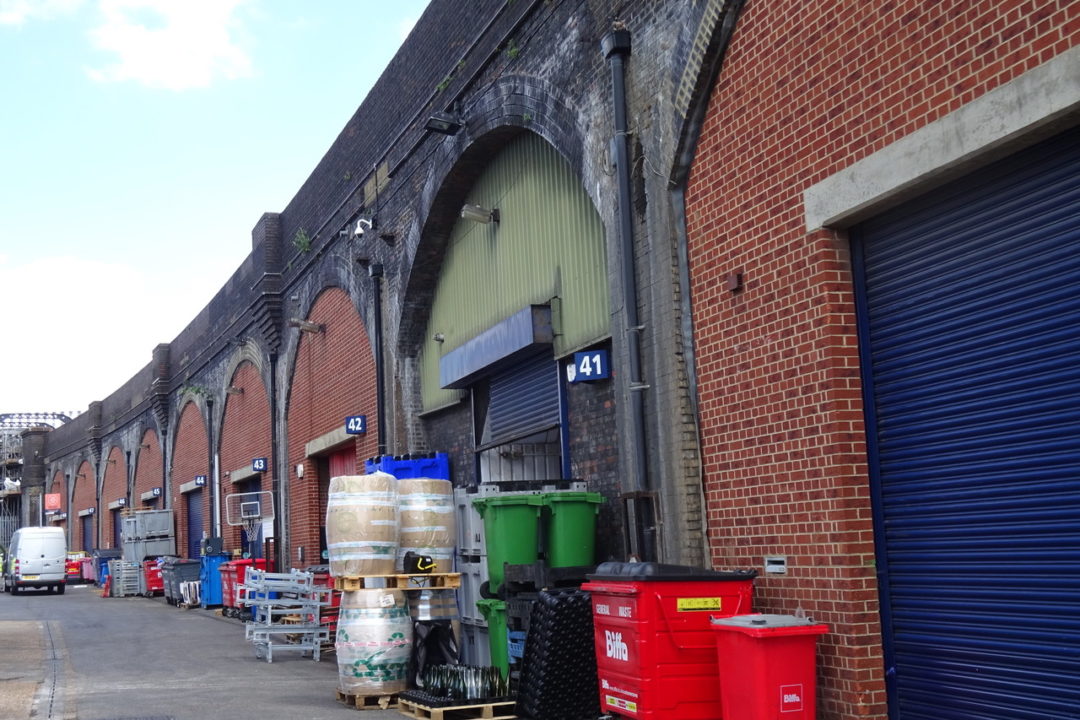 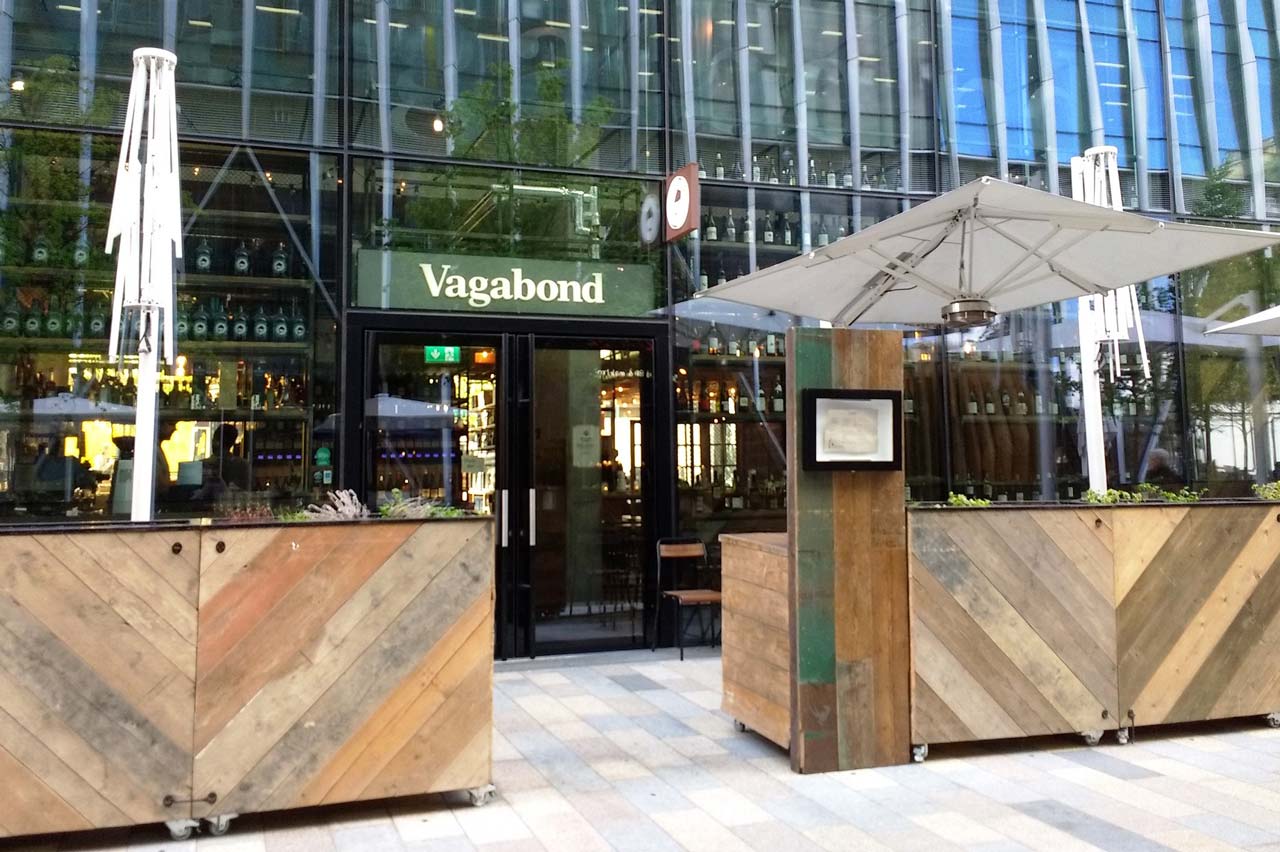 Vagabond Urban winery, in the shadow of Battersea Power station, is run by an Australian winemaker, Gavin Monery, who began his English career at London Cru, after working not only in Australia but also in Burgundy and the Rhône Valley. Gavin’s small winery is in a corner of the spacious wine bar and, essentially, he makes wine for all the Vagabond wine bars scattered around London. He sources his grapes from Essex and from Oxfordshire and makes an eclectic range of wines. There is a Pét Nat from Pinot Noir grown in Oxfordshire and Essex and a pungent Bacchus. However, Gavin much prefers Ortega: his is fermented in barrels and left on its lees to make a wine with an attractive creamy note. Like Alex at London Cru, Gavin is also a fan of Pinot Noir Précoce with its fresh vibrant fruit, and he is optimistic for its future in the panoply of English wines.

London Cru switched from sourcing grapes in Europe to focussing on English grapes, as it felt that wine drinkers want a sense of their own place when they drink an urban bottle. However, Warwick Smith at Renegade Winery, under the arches in Bethnal Green, would counter that argument, observing that there is brilliant fruit to be had in so many different parts of Europe. When he buys a batch of grapes, he has no intention of producing a wine that resembles the local wine but makes something completely different. He sees no problem in grapes travelling considerable distances in refrigerated lorries, from southern Italy, Germany or even Albania. ‘You need to be open-minded; London has no tradition of winemaking, so we can throw away the rule book, whereas Europe is bound by its appellation rules. We push boundaries and try different things, blending from different sources, such as Germany, Northern Italy and England for Pinot Noir.’ Highlights from an eclectic tasting included a sparkling wine made from Croatina, a barrel-aged Pinot Noir rosé from grapes grown in Essex and a Bacchus from Herefordshire that was given a 102 days skin contact.

Urban wineries are helping to fuel the interest in English wines, particularly still wines. The excitement of England as an emerging wine region is seeing a growing number of vineyards and an underlying optimism in the potential for English wine. Urban wineries bring this new wine industry closer to home and they welcome visitors, so do go and see for yourself.