There’s Merit in the Mâconnais

When contemplating burgundy, most consider the Côte d’Or paramount, expressive of the very best Chardonnay and Pinot Noir wines globally. Few can doubt the quality and longevity of this area, literally translated as ‘the golden slope’, providing a varied terroir that produces a range of wines, from village to Grand Cru level. But, as consumer expectations evolve and wine enthusiasts become more adventurous, the concept of burgundy as we know it traditionally, begins to shift.

A great example of this dynamism is encapsulated in Domaine La Soufrandière, located in Vinzelles in the Mâconnais in southern Burgundy. Run by brothers Jean-Philippe, Jean-Guillaume and Marc Antoine Bret, the estate was founded in 2000. It has a current annual production of 60,000 bottles, all of which are certified organic and biodynamic since 2006. The domaine stretches across 11 hectares of Chardonnay production from Mâcon-Vinzelles, Pouilly-Vinzelles, Saint-Véran, Pouilly-Fuissé and Bourgogne Aligoté.

The brothers also own a négociant operation, eponymously named Bret Brothers (BB), established in 2001. Unlike Soufrandière, BB not only produce white wines from the Mâcon, but also red wines from neighbouring Beaujolais Crus. Each wine under this label is made from one specific vineyard plot which has been managed by one grower, with exception of Mâcon-Villages ‘Terroirs du Mâconnais’ which is produced from a blend of grapes from Mâcon-Fuissé, Chaintré, Viré-Clessé ‘La Verchère’, Saint-Véran En Combe and Pouilly-Fuissé. All grapes are hand-harvested by BB’s own team, with 80% of vineyards certified organic or in conversion to be organic since the 2018 vintage. With an annual production of 50,000 bottles, the total production of Soufrandière and Bret Brothers collectively is in the region of 110,000 bottles annually.

The brothers are natural advocates of small-batch winemaking, minimal intervention in all its guises and being as hands-on as possible. In fact, whilst walking alongside their vineyards in Pouilly-Vinzelles with Jean-Philippe as a dedicated guide, brother Jean-Guillaume is spotted pruning with a couple of others, further compounding their philosophy of being physically integral in all production, from grape to glass. Jean-Philippe remarks that there has been new energy in Beaujolais since they spent holidays in the area as children. They could never have imagined how their family trips here, away from Paris to this exact house and land bought by their grandparents in 1957, would evolve into such a rewarding business.

BB’s decisions taken in the vineyard and winery are impressive, choosing sustainable measures which continue to deliver excellent results. Having a green covering between vines is self-evident, and the team are cyclically experimenting with inter-row cover crops of mustard, field bean, legumes and wheat to provide a constant polyculture. In the winery, which Jean-Philippe describes as an ‘old building with new facilities, presses are gentle with juice settling overnight. After racking off into tanks, various cuts of grape juice are homogenized for a few minutes and then into the tank or barrel for fermentation. A couple of concrete eggs were purchased in 2018, 19 hectolitres each, used for both whites and reds, which, unlike barrels, enable a natural vortex and micro-oxygenation without impartation of flavour. 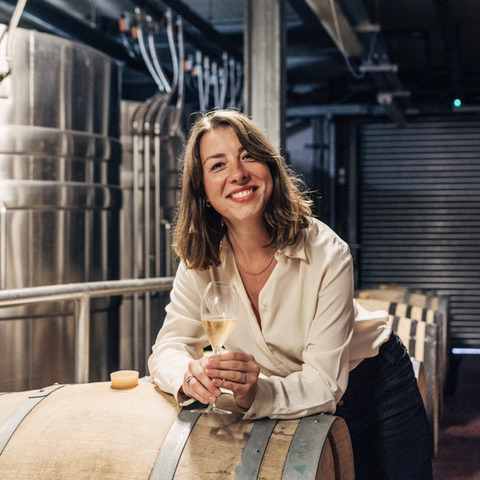 Katrina Smith is an award-winning wine professional with 10 years of experience in the industry. She is currently studying towards the revered Master of Wine qualification whilst providing virtual educational wine services via her business Tipple Talk. 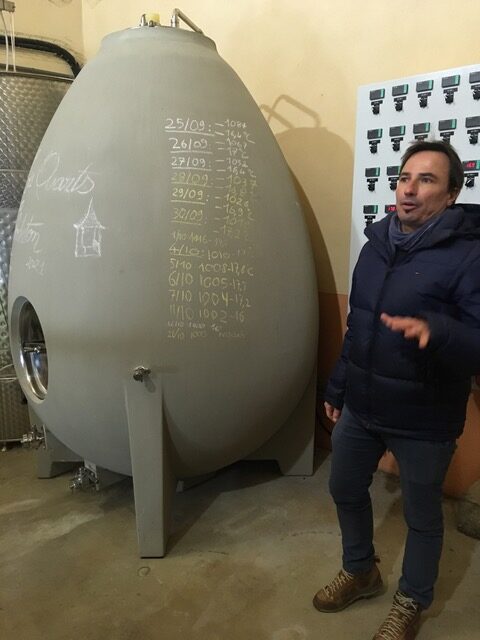 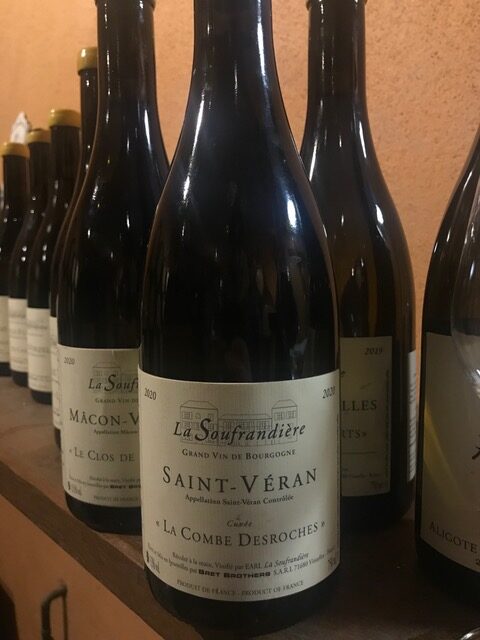 Across the many wines tasted during this visit, the overriding feeling was that of well-defined fruit, vibrancy and balance. Many of the whites, including those with fruit sourced from Pouilly-Vinzelles and Saint-Véran, were intensely concentrated with great potential to age. The lesser available red wines were equally striking, with a spicy, Rhône-like power yet brightness of red fruit character continuing to linger on the finish. For those wishing to find a corner of Burgundy that is as polished as its northern counterpart yet with greater depth of fruit, the Mâcon can certainly provide complex and fulfilling wines.

With thanks to Jean-Philippe Bret and all the team at Domaine La Soufrandière and Bret Brothers for this visit and generous tasting. All of their wines are available at Berry Bros & Rudd in the UK.