Exploring Okanagan Valley: Where Wine is Fun and Fascinating

Canada’s ‘Okanagan is indeed on the up’, concluded Steven Spurrier after presiding over a series of comparative tastings in 2019. As always, a measured and accurate observation.

Despite the many recent challenges brought about by pandemics, wildfires and climate extremes, British Columbia’s Okanagan Valley remains on a steady upward path to become recognized as a world-class wine region.

A relative newcomer to the world of fine wine, Okanagan Valley shifted emphasis away from Ice wine and hybrids around 1990. Encouraged by the BC government, hybrid varieties were removed and the new push was for recognizable vinifera grapes. The politicians were concerned about US wines flooding the market due to the GATT Fair Trade agreement. In 1990, the British Columbia Wine Institute was created and its first act was to authorize the Vintners Quality Alliance (VQA) designation which guaranteed authenticity. Visible on front labels, ‘BC VQA’ certifies the wine was made 100% from BC grapes.

While most wine regions claim to be unique in some way, the Okanagan Valley with its storied history of lakes carved out by glaciers and ancient volcanic activity is unquestionably unusual, arguably unique. Is there any other wine region where winemakers battle with everything from arctic cold to desert conditions? Or where late snow melts in June?

Running roughly 125 miles (200 kilometres) from the US border north to just over the 50th parallel, this wine valley is a high desert with minimal annual rainfall in the cooler north and warm, dry conditions in the south. Defined and tempered by the Okanagan Lake and other lakes, the majority of vineyards are situated along benchlands peaking at 2,000 feet (620 metres) elevation. The Okanagan Lake, a deep one gouged out by glaciers, is 85 miles long, three miles wide and 800 feet deep in places (that’s 137km by five, and 243m deep in European parlance).

In September I was fortunate to tour the region for a week. The scenery is literally breathtaking. Getting around was easy, but deciding which was the most impressive wine at the end was the biggest challenge. Early on it was Cabernet Franc from Poplar Grove Winery, Church & State, Tinhorn Creek and Mission Hill Family. But the next day it was exciting crisp Chardonnays and velvety Pinot Noirs made by Tantalus, Spearhead, Fox & Archer and See Ya Later Ranch. And, yes, excellent Cabernet Sauvignon from Dirty Laundry Vineyard and a vibrant Merlot from Da Silva, not to forget Bordeaux blends by Painted Rock, Hillside Estate, Synchromesh Wines and Blasted Church Vineyards. These were later challenged for top spot by Corcellettes’ and Moon Curser’s Syrah and several Rhône Blends. 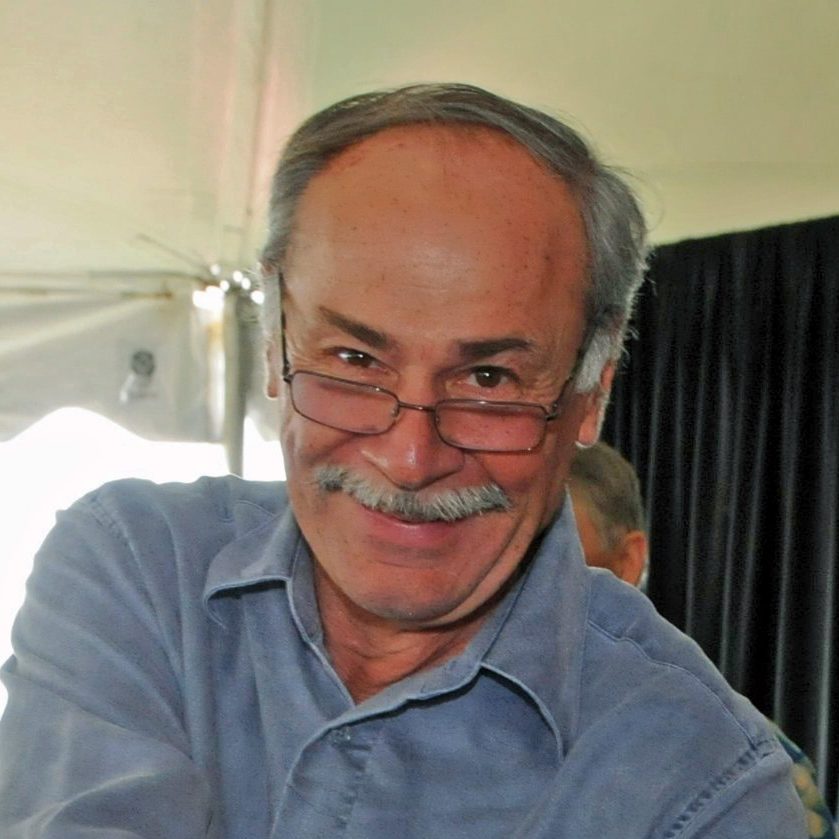 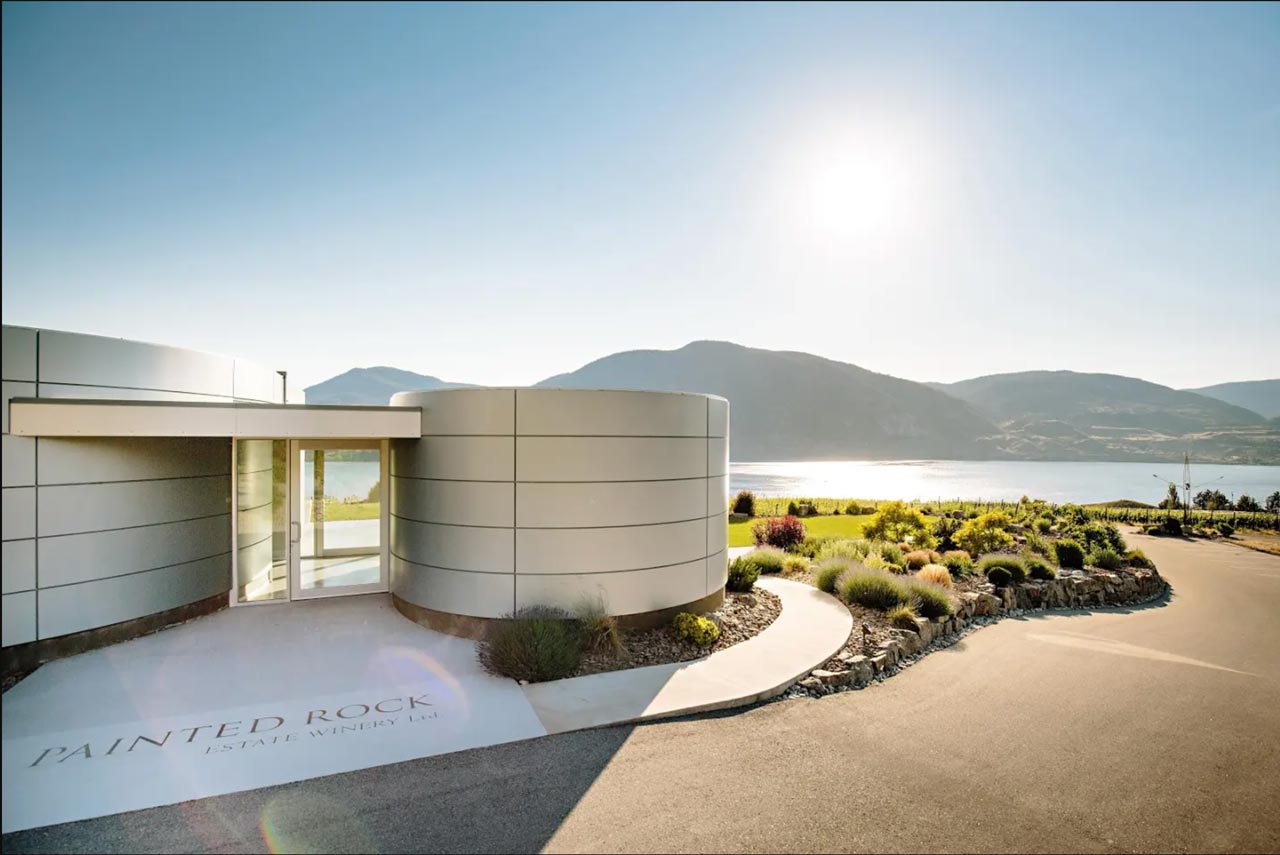 Clearly, I was in wine heaven and just scratching the surface in a wine region that has unlimited possibilities at this early stage. Beyond dramatic climatic conditions, the sheer diversity of soils and exposures combined with elevation and proximity to lakes lead to a wide range of wines of unique character.

Something else was different here. The first excellent wines tasted were made by Dirty Laundry, and the last winery visited was See Ya Later Ranch. Throughout the region, you couldn’t help but notice the light-hearted, whimsical attitude in many names. There’s Moon Curser, Here’s The Thing Vineyards, Laughing Stock and Blasted Church with its ‘Holy Moly’ wine.

Dirty Laundry is housed in a former bordello, and the sign in front of the winery sums things up nicely: ‘Wine is fun.’

What further sets this vast, northerly region apart are first the two to three hours of extra sunlight during the growing season and secondly, the wide daily swings in temperature. In late June, daybreak can occur as early as 5.30am, and nightfall around 10.30pm. As a result, the growing season is unlike that of California and France. Bud-break is much later and the harvest typically begins in mid-September when the harvest is well underway in Napa and other parts.

In 1970, the Okanagan Valley was best known for its apple and peach orchards. Several events occurred to start turning things around. In 1976, after being impressed during a lengthy visit, Professor Helmut Becker of the Geisenheim Grape Breeding Institute in Germany’s Rheingau offered a collection of German grape cultivars for evaluation. Known as the Becker Project, it encouraged the BC government to import 4,000 vinifera vines. Between 1977 and 1982, experiments were conducted in 18 different sites. As a result, some 33 vinifera varieties made the cut by demonstrating an ability to ripen and produce quality wines in the Okanagan.

The handful of pioneer vinifera producers from pre-1990 are now part of the close to 300 wineries calling Okanagan their home. From 1,200 acres in 1990, vineyards grew at an unprecedented rate, and today’s total acreage is over the 10,000 mark.

While most wines are labelled ‘Okanagan Valley’ as their origin, within that area are over a dozen sub-regions. And within each sub-region, the growing conditions vary widely due to elevation, aspect, proximity to a lake and soil type.

Kelowna and Penticton are the two major bustling wine-centric cities. Over 40 wineries are located near Kelowna, with the majority on the eastern side of the lake. This makes it an area well suited to earlier ripening varieties. Pinot Noir dominates with 27% of the acreage while Chardonnay, Pinot Gris and Riesling together cover another 40%. The west-facing vineyards of Naramata Bench and Skaha Bench, two proven sub-regions, can ripen Merlot and Cabernet in the warmer sites. However, there can be ripening differences of as much as two weeks for the same variety at the same latitude depending on which side of the valley it is planted.

Beginning at the southern end of the Lake, Penticton is a lively village and some 85 wineries are within a 20-minute drive. Moving further south there are wineries like Painted Rock and Blasted Church facing Lake Skaha and then a few like See Ya Later Ranch overlook Okanagan Falls.

At the southernmost tip of the valley in a desert environment, vineyards have sprung up around the towns of Oliver and Osoyoos, both still esteemed for orchard fruit. Here you’ll find Burrowing Owl, Estate, Moon Curser and the aptly named Bordertown Vineyards. Syrah does well here as does Cabernet Franc, which has a particular affinity with the climate of the South Okanagan and Similkameen Valley, a sub-region to the west. Narrative’s Cabernet Franc is exemplary.

Narrative is part of Crush Pad, an exciting winery best known for the Haywire brand. Typifying the region, it is relatively new, opened in 2011, privately owned, and has an international flair with winemaker Matt Dumayne from New Zealand. Okanagan has recently been attracting winemakers from France, and well-known consultants have been flying in.

However, the two indelible images I took home were the upbeat messages: ‘Wine is Fun’ at Dirty Laundry and the folksy ‘See Ya Later’ name outside my last winery visited. 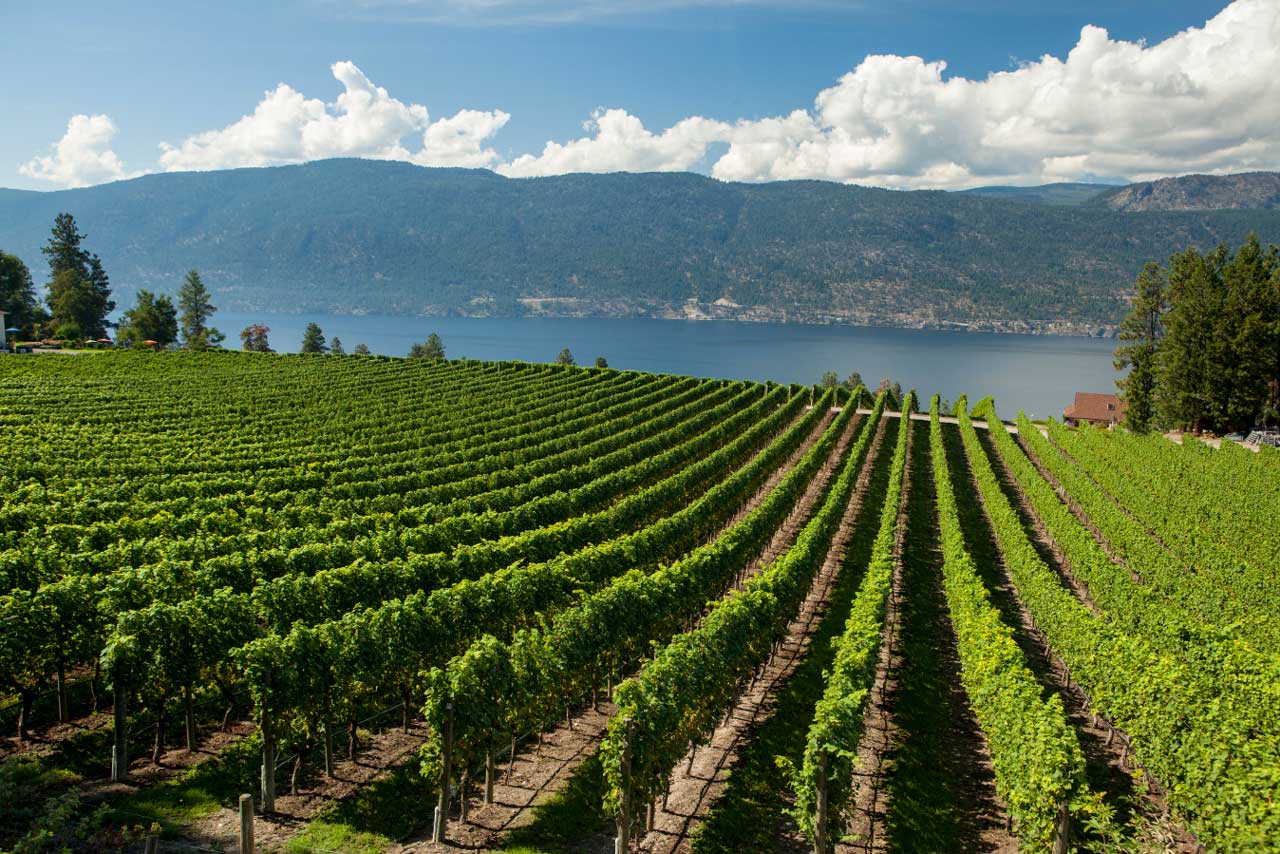 Naramata, Photo Credit @Wines of BC. 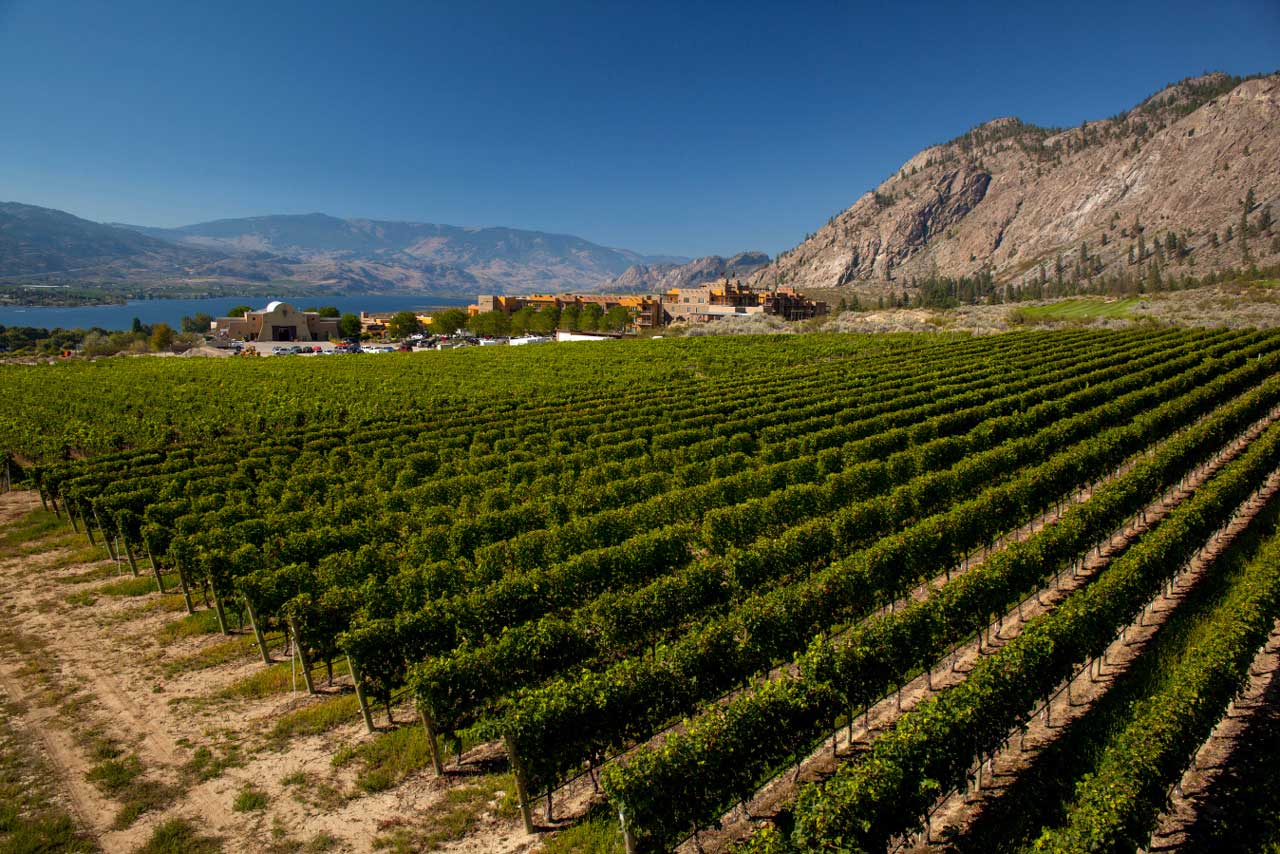 Osoyoos-Nk’mip, Photo Credit @Wines of BC.

1976   Helmut Becker arrives from the Geisenheim Grape Breeding Institute and introduces German varieties.
1976–84   33 vinifera varieties are planted in 18 sites and evaluated by BC government.
1979–85   Pioneers such as Sumac Ridge, Gray Monk and See Ya Later Ranch prove that vinifera varieties can succeed.
1988   GATT Fair Trade Treaty between US and Canada.
1988   Government project pays growers to remove hybrids and native varieties and replant with Vitis vinifera varieties to improve the quality of Canadian wine.
1989   The provincial government passes the Farm Gate Winery Policy permitting small wineries to sell direct from the winery.
1990   The British Columbia Wine Institute is formed.
2018   The Okanagan Wine Initiative is started by seven wineries to promote wines worldwide.

Fact-file
1  Almost all of the 10,000 acres of vineyards are planted to classic wine grapes.
2  Of the 300 wineries, only six or seven make an Ice Wine.
3  Okanagan produces over 90% of all British Columbia wines.
4  At last count, 80 different wine varieties are grown in Okanagan.
5  Merlot is the most popular red grape. Pinot Gris is the white grape leader.
6  Pinot Noir acreage leads the way in new vineyards.
7  Riesling and Gewurztraminer were the most successful early vinifera varieties.
8  Kelowna and Penticton are the two primary wine-centric cities.
9  Vineyards in Southern Okanagan are located within Canada’s only desert.
10  One million tourists visit the region each year.
11  Vines enjoy two more hours of sunlight from May to October than Napa Valley.