Tasting wine is like appreciating classical music, we can enhance our enjoyment of a wine by seeking out its essential elements.  Memorable wine is as much a map as a taste.

Our decades of thorough knowledge and keen sensibility at the Academie du Vin has taught us to lift the myths associated with technical tasting without exclusion. At the Academie du Vin, we emphasize the actual pleasure afforded by drinking the wine. The most rewarding experience for the wine drinker comes from combining the strict technique with the pleasurable art of tasting. When wine can be appreciated as fully and subtly as possible in the best possible conditions, it becomes intelligent drinking.

The eye then becomes the first organ used in the tasting of wine. Wine is a vehicle that transmits the land and enables others to experience it the world over. It’s essential to savour and build upon each unique experience allowing you to uncover the nuances that make wine appreciation without resemblance. Learning about the details of inclusion or exclusion means everything in the process – for instance a knowledge of appellations and their characteristics with their ability to influence the vintage.

Through our guided tastings, experience the tools to better appreciate a fine wine, learning about the origin, geography, local customs and history as you embark on a journey for your senses. First and foremost, we are wine lovers! The Académie du Vin Library, founded by Steven Spurrier and friends, is dedicated to publishing the finest wine writing of the past, the present and the future. The story behind our name came from Steven’s days in Paris in the 1970s, when he began running wine appreciation courses for his English-speaking friends. The Académie du Vin is based in Toronto and continues Steven’s philosophy of enabling wine lovers to better appreciate wine by understanding it. Read more here. From a young age, Marc had the good fortune to explore and expand his taste for older vintages going back over a hundred years as he mentored in the ‘right’ wine circles that afforded him some rarified experiences. These frequent tastings enabled Marc to grow his passion, knowledge and viewpoint, better impacting the feeling of enjoyment which he regularly shares with connoisseurs, collectors and the next generation of enthusiasts alike.

Well versed and skilled in the subject of objective wine appreciation, Marc decided to bring the world class Academie du Vin to Canada to better guide anyone with more than a passing interest in wine through the principles of tasting, providing detailed explanations of the influences of grape variety, soil, and climate. From the most essential elements, right down to the DNA of the vintage, Marc is a repository of insight helping unlock the why behind how you feel and think towards a fine wine. Marc exhibits an unpretentious approach and is highly regarded for his innate ability to describe the elements that affect the perception of a wine, such as the nose and the palate. All while using the story and analogy as he passes along the tools of tasting to a broad audience. Sam is one of Toronto’s best known and most loved Sommeliers. With a deep love

and even deeper knowledge of Spanish wines, it’s not surprising that he has helped build and run one of the most interesting (and tasty!) lists at the famous Patria, Toronto.

Through his travels in Europe, he forged strong relationships with some of the most astute and knowledgeable sommeliers, importers and collectors in the world and found a passion for finding both new and exciting family run wineries, and forgotten classical producers whose wines stood the test of time.

With this knowledge he joined Wineonline marketing company as their Senior Vice President of sales to help take the business to the next level. He is credited with the rebirth of their portfolio in the restaurant market, and now hosts some of the most luminous wine dinners Toronto has seen in years, featuring the world’s greatest estates. 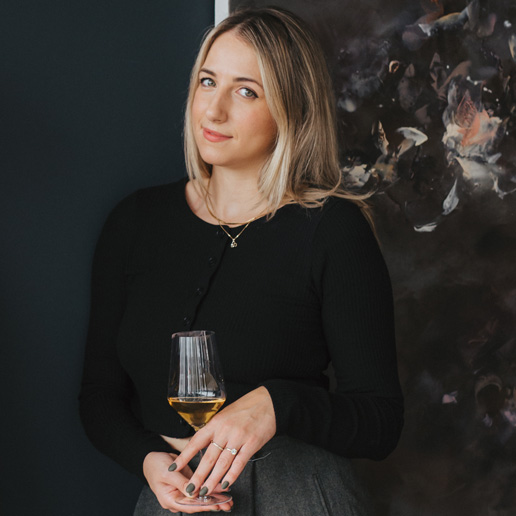 Toni is a 15 year veteran of the Toronto restaurant industry, working her way up

from pub waitress to cocktail bartender, to sommelier and beverage director at some of the country’s best restaurants.

Born and raised in Toronto, her interest in hospitality was sparked at the age of 9 when she would insist on bartending for her father’s friends at their rugby club, despite being a bit young for the job. In the 25 years since then she has passionately pursued her career in hospitality with the same level of determination; constantly seeking new challenges and new opportunities to learn and expand her skill set.

Toni’s wine career began to truly take shape when she joined the opening team at alo Restaurant as their assistant sommelier, where she spent nearly 2 years. During her time with them, the restaurant was named the 2016 Best New Restaurant in Canada in the annual ranking by Canada’s Top 100, and in 2017 was named the #1 Best Restaurant in the country.

In 2018, Toni went on to open Giulietta, where she served as Beverage Director and curated their extensive wine & amaro program, while also training and guiding the team in all steps of service. Giulietta was subsequently named the 2019 Best New Restaurant in Canada by Canada’s Top 100. Toni now oversees the wine program for Restaurant 20 Victoria, which opened in June 2021. She also works as a wine & beverage consultant, and as a sales representative for the Brix + Mortar Wine Company. cultivated at their kitchen table with numerous wine textbooks and multitudes of bottles. Upon taking a class at George Brown College 8 years ago, it was strongly suggested by his instructor to challenge the Sommelier exam.

Alexander passed his Wine Specialist exam in Napa, CA with the solitary perfect score in a class of over 100, and was certified by the Court of Masters as a Sommelier shortly thereafter. He currently holds the esteemed designation of Advanced Sommelier. There was a time, in Jennifer’s early 20’s, when she was learning about wine and it

was fun – the giddy, exciting kind of fun. Jennifer’s first bit of real education came from the manager of her local liquor store, who refused to let her buy the same sweet white zinfandel week after week. He would open bottles freely and they would discuss why she liked or didn’t like a particular bottle. He explained terroir, vintage variation and what to expect from a bottle. Jennifer called it “playing in the sandbox” because it reminded her of the joy a child gets from playing with their favorite toys in a sandbox.

However, she realized that this doesn’t pay the bills and that she needed to find something stable to secure her future. Subsequently, she attained two Bachelor’s degrees, one in Legal Studies and the other in Contract Management. Jennifer spent the last 20 + years of her life working in the legal field, first in personal injury and then in residential real estate law.

Jennifer came back to wine seriously many years later, after marrying and helping to raise two amazing step-daughters. There was so much that she had forgotten and so many changes in the industry. Jennifer began her studies with Fine Vintage, Ltd. and has taken the WSET Levels 1, 2 and 3 courses. In 2018, Jennifer attended the Intensive Sommelier program at the International Culinary Center in New York City, earning her Certified Sommelier pin.

Jennifer currently works as a freelance Sommelier with several different groups and agencies and volunteers her time to the Canadian Association of Professional Sommeliers. 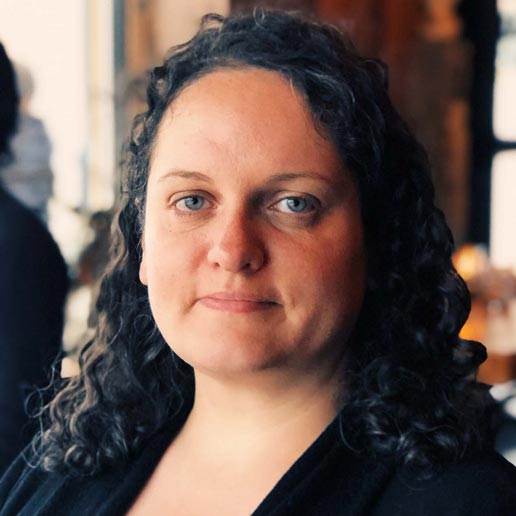 Liz Da Ponte is a Digital Marketing Consultant based out of Oakville, Ontario. She is

the Principal and lead consultant at Narrative Digital Marketing. She has more than 16 years of Marketing experience with the last 14 focused on Digital Marketing.Liz has extensive experience with Search Engine Optimization, Email Newsletter campaigns, Social Media Marketing, and Measurement. Liz has worked with organizations of various sizes and in several industries including financial services, healthcare, not-for-profit, and the arts. Liz has been working with Academie du Vin since 2019, assisting and launching several campaigns and marketing initiatives.Outside of work, Liz can be found spending time playing softball, keeping her two young children busy and daydreaming about her next beach vacation. 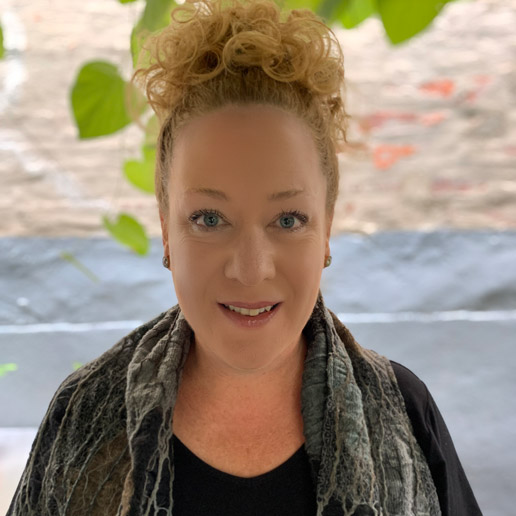 Megan Richards is an IT Consultant based out of Toronto, Ontario who has

been working with the Académie di Vin Library since 2019. She has owned and operated mamaIT since 2011.

Prior to starting her own company, Megan worked with a company that provided outsourced IT for marketing agencies, law firms, recruiters, asset managers and others. As a graduate of a multimedia design program Megan was self-employed creating web and programming for touch screen kiosks and interactive CD-Roms as well as a contract web producer for CBC Radio deploying intricate flash-based web companion pieces to accompany senior reporter documentary specials.

As the mamaIT slogan goes, ” IT with TLC” – Megan’s specialty is making tech easy and understandable for all. She makes sure to always use layman’s terms to explain, support and empower the end user. Megan strives to make sure each client has a solid tech foundation that is well maintained and secure.

When she’s not working, Megan can be found cooking and hosting dinner parties. Megan is passionate about getting outside and is a big fan of camping front and back country with her husband and two boys. 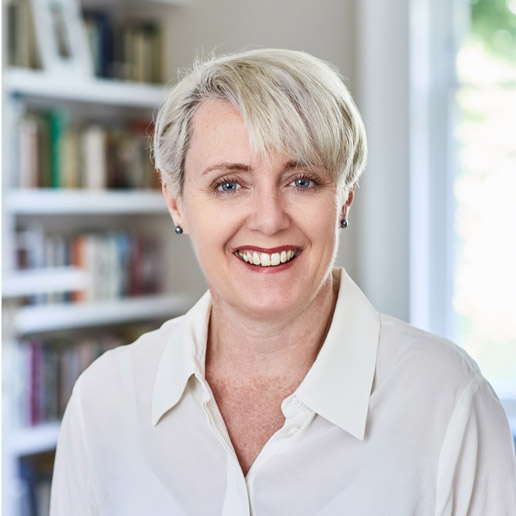 Hermione is the Managing Director of Académie du Vin Library, the publishing

venture set up by Steven Spurrier and Hugh Johnson to publish the world’s best wine writing. She’s working to collect as many of the greats and the new talent as possible. She is buying much more expensive wine than she did when she published fiction! She can be found @hermione7031 on Instagram and the books are on www.academieduvinlibrary.com 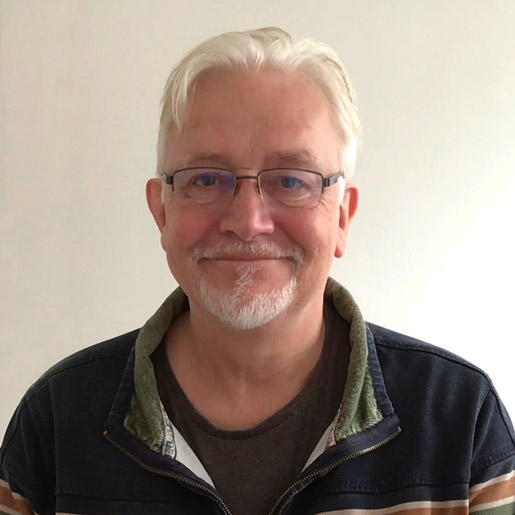 Martin has spent more than 40 years in the publishing business as a designer, editor,

picture researcher and interactive eBook producer. Based in London, UK, he has been closely associated with the Académie di Vin Library since its formation in 2019, when he learned how to appreciate wine rather than simply guzzle it at the end of a hard day’s work.